3. İstanbul is very close to the city’s main hubs, businesses, and residential neighborhoods. It’s alsoright between the Atatürk Airport and the İstanbul Airport. 3. İstanbul promises to be a sensation with investors, with easy access to public transportation, the metro, tram, and buses. 3. İstanbul invites you to a live at the center of the city and of life.

İstanbul Airport, on the shores of the Black Sea, serves 90 million passengers annually in its first phase. At its completion in ten years, it will occupy nearly 19,000 acres and serve up to 200 million travellers a year with six runways. That’s almost double the traffic at world’s biggest airport currently, Atlanta’s Hartsfiels-Jackson.

Ibn Haldun University’s (IHU) motto is Intellectual Independence. Instruction started in the 2017-2018 academic year with 215 undergraduates, (150 from Turkey and 65 from abroad). Over 250 graduate students are also enrolled in various IHU departments, plus another 100 from more than forty countries who have already been pursuing their studies in the Department of Civilization Studies under the Alliance of Civilizations Institute. Currently, more than a hundred academics are lecturing across eleven departments in six schools. They provide instruction highlighting comparative methods across all disciplines. Additional emphasis is placed on embracing both Eastern and Western learning and scholarship. Also 35% of IHU students are planned to be foreign students who are not Turkish citizens. Turkish preparatory education is given to foreign students as well.

At 3. İstanbul, every moment of the day is sure to be filled with fun for the whole family. Three social facilities accommodate separate sections for men and women. While you indulge in art programs like calligraphy in the hobby workshop, your children will enjoy doing as they like in the PlayStation rooms. The swimming pools and saunas allow you to rejuvenate and unwind at the end of the day.

3. İstanbul will feature a 1.4 km walking track, the first and only of its kind in Başakşehir. It surrounds the Square’s stores, restaurants, cafes, and reflecting pools, inviting you for fun family walks.

Construction of a new residential complex project in Mersin 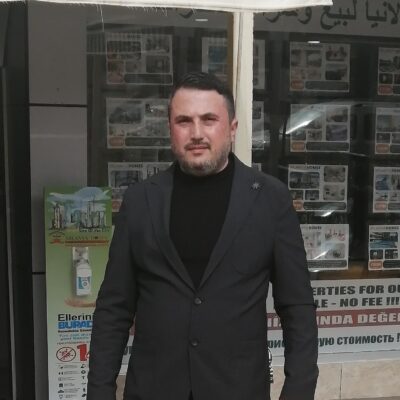